During the first weekend of October, many places in Stockholm opened up for the public during the Open House Stockholm event. This was the second time that the city allowed visitors to experience buildings and other spaces that normally aren’t open to the public.

I blogged about Open House Stockholm 2016 here and last year’s program included visits from sites like Sweden’s first nuclear reactor 25 meters below street level, to the top of Wenner-Gren Center.

This year I only took part of the program on Friday and managed to visit two stops. First, I went to T-house which is an office building on Birger Jarlsgatan in central Stockholm. It was built in 1907-10 and we were able to visit parts of the lobby and the first floor. It’s a nice piece of architecture and I would have liked to see more than the parts that were now open. 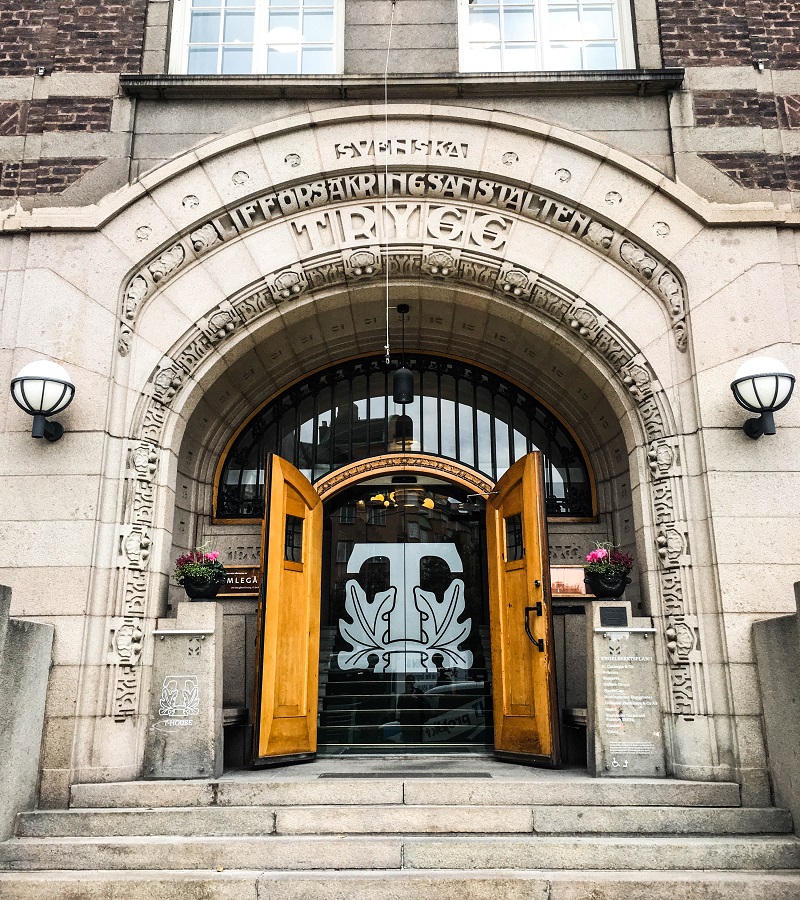 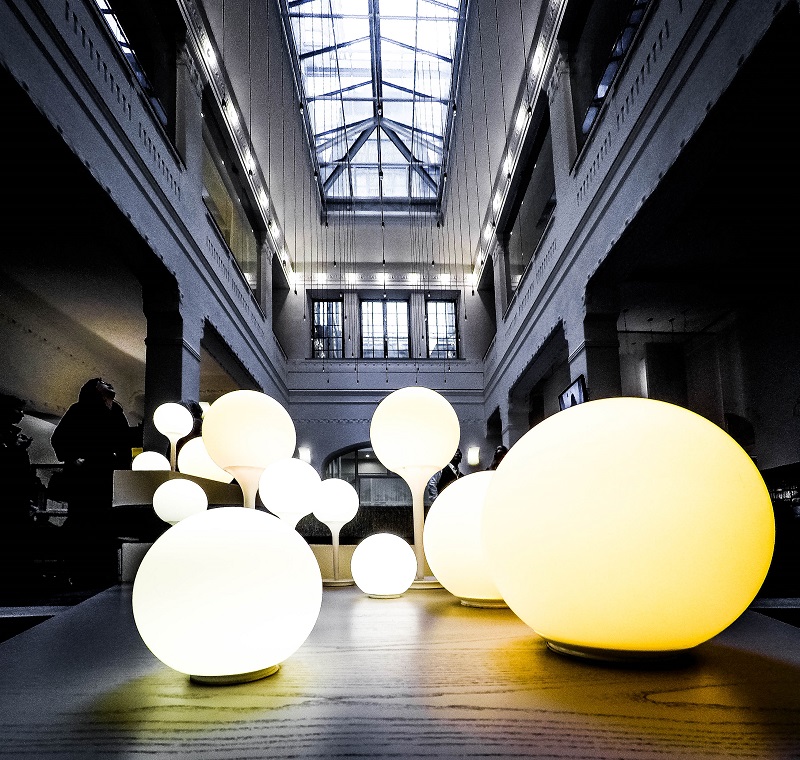 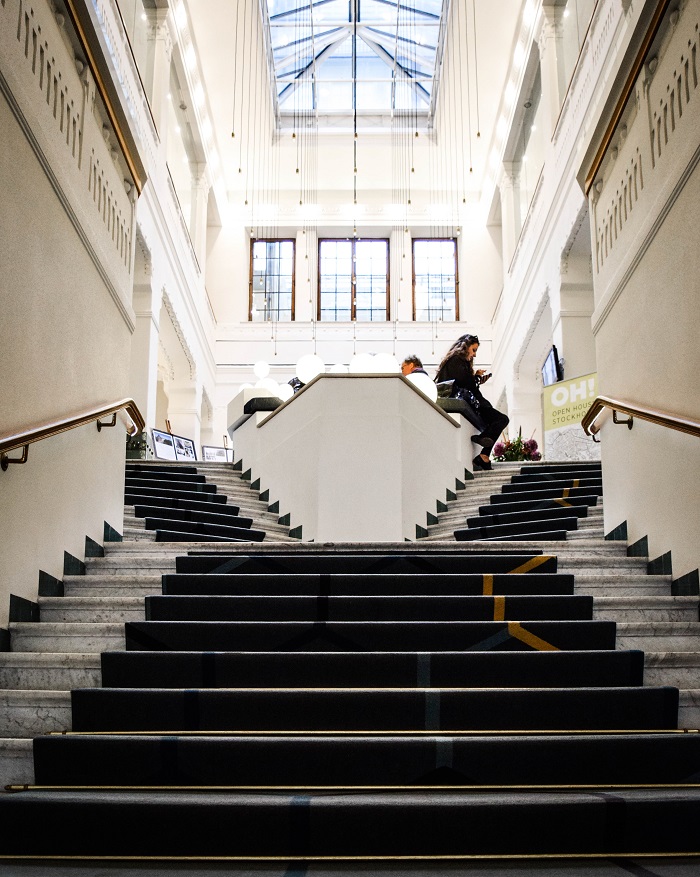 The northern part of Djurgården is in rapid development and some 12,000 new apartements are planned to be built here. Many of them are already in place and some of the new buildings, which also include offices, are interesting to see. One of the more striking designs is the block called “Muddus”. Two apartement buildings designed by Wingårdh architects have been build with bright red brick facades and balconies in red glass. 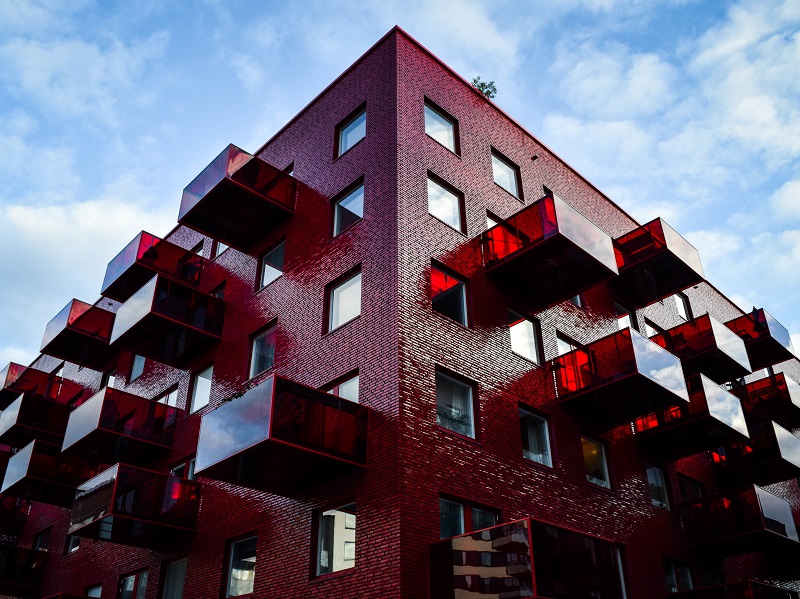 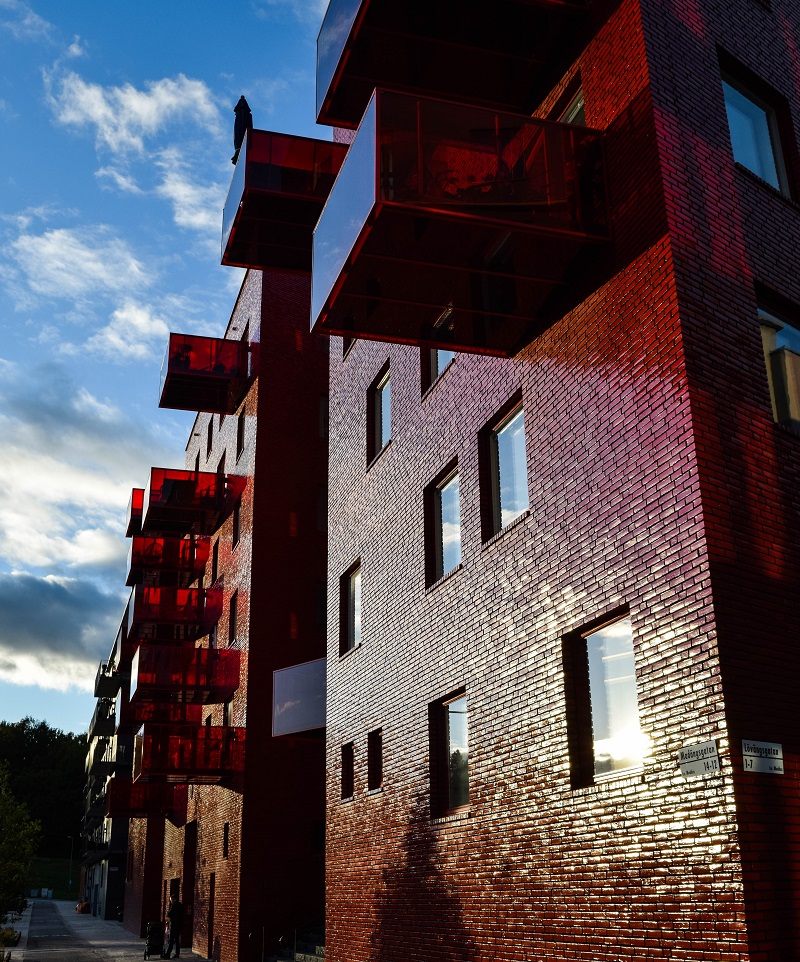