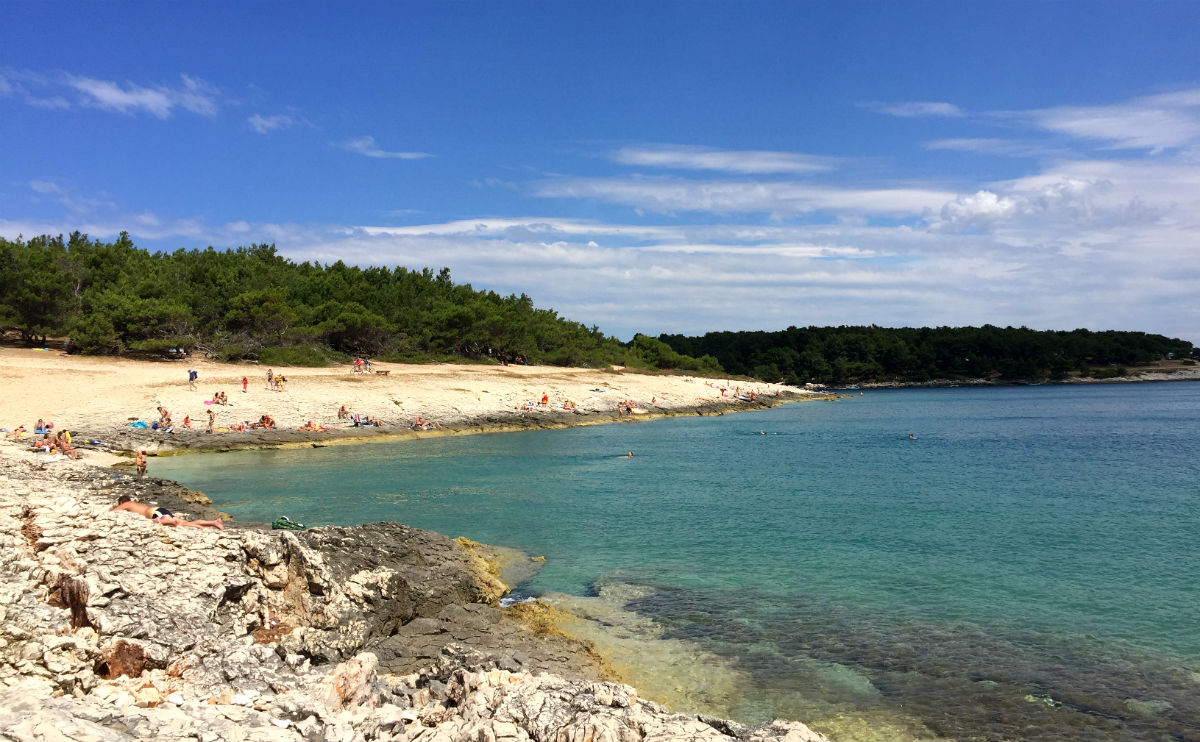 Cape Kamenjak is located on the Premantura peninsula and makes up the southermost point of Istria in Croatia. The area has been protected as a national park since 1996 and it’s a popular destination for tourists and locals in the region.

Be prepared that your visit will last for the major part of the day since the park is so vast. You will need to pay a small entrance fee when you enter the park and then you will be able to drive through the park on some of the worst “roads” you’ve probably ever seen. But it’s a beautiful place and well worth the trouble.

You can choose from several small beaches in the park, but there are no sandy beaches. Even the one that was marked sandy on the tourist map was completely devoid of any sand. There are only beaches with rocks or where you step in the water directly from the cliffs. We stopped at two of the small beaches on the eastern side and to be frank they we’re a bit disappointing.

So we headed down to the cliffs at the southern end of the peninsula and it was a spectacular sight. Now we were finally rewarded for putting up with the bumpy roads in the park.

There were cliffs with vertical walls dropping some 15 meters straight down into the clear turquoise water, but also lower cliffs where you could practically walk out into the water.

Swimmers of all ages jumped and dived from both sides of the U-shaped cliff and it was really cool to see. 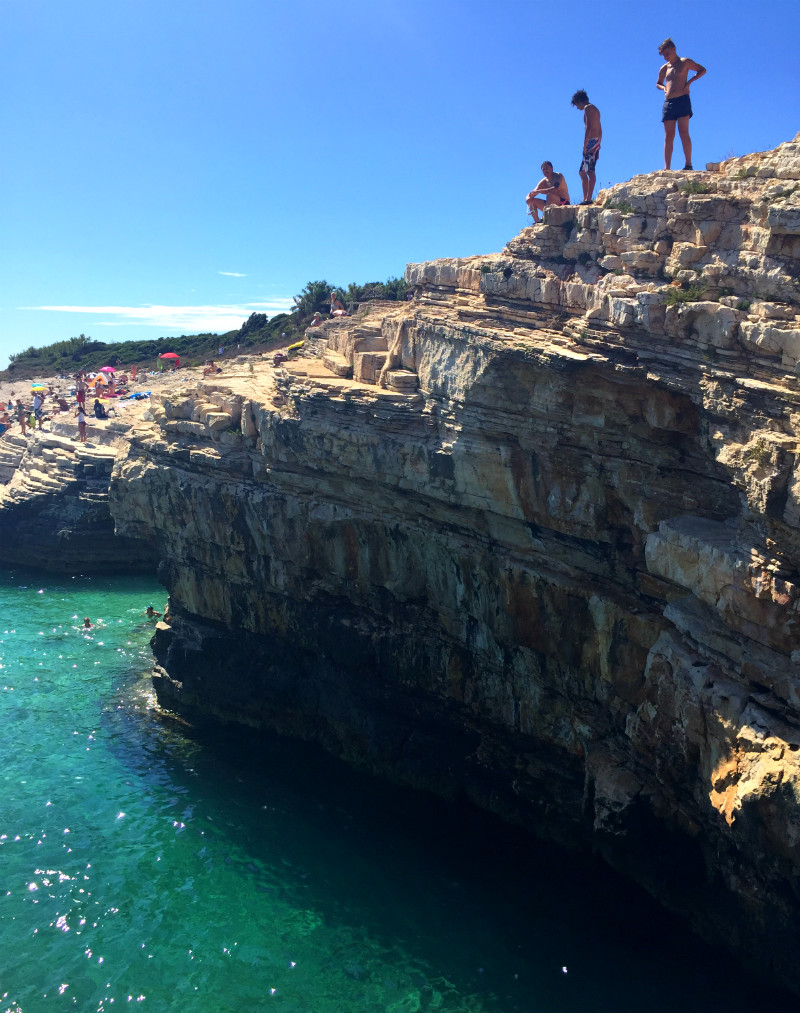 It was way too high for me but I was happy to watch as my son and many other visitors challenged themselves.

Next to the cliffs, someone had come up with the odd idea to build a safari themed bar, with some slides and a table tennis table, all carefully hidden between tall grass and bamboo. Once you were able to locate the bar (not easy) you could order lemonade, snacks and other drinks. It was all a bit wacky and we sat there wondering how fast the entire thing would burn to the ground if someone dropped a match or a lit cigarette.

Between the Safari Bar and the parking lot there was a lookout tower with a very steep ladder. Just as we were getting prepared to leave, a small boy tried to climb the ladder and just before he reached the top, he lost his grip and slid some 4-5 meters down the ladder and fell on his brother’s arm, which broke. So if you have small children, please be advised that this is a bit dangerous to climb.

If you are planning to visit Cape Kamenjak I would recommend that you start down by the cliffs and then if you feel you have the time you can stop by some of the other beaches or even have a look at the path of the dinosaurs on your way out. 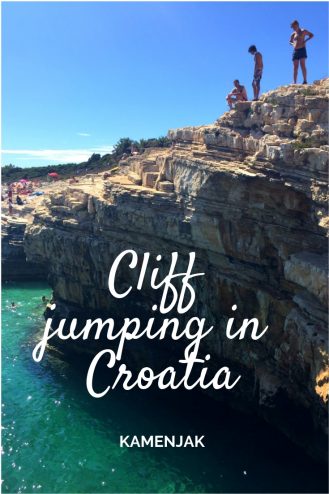