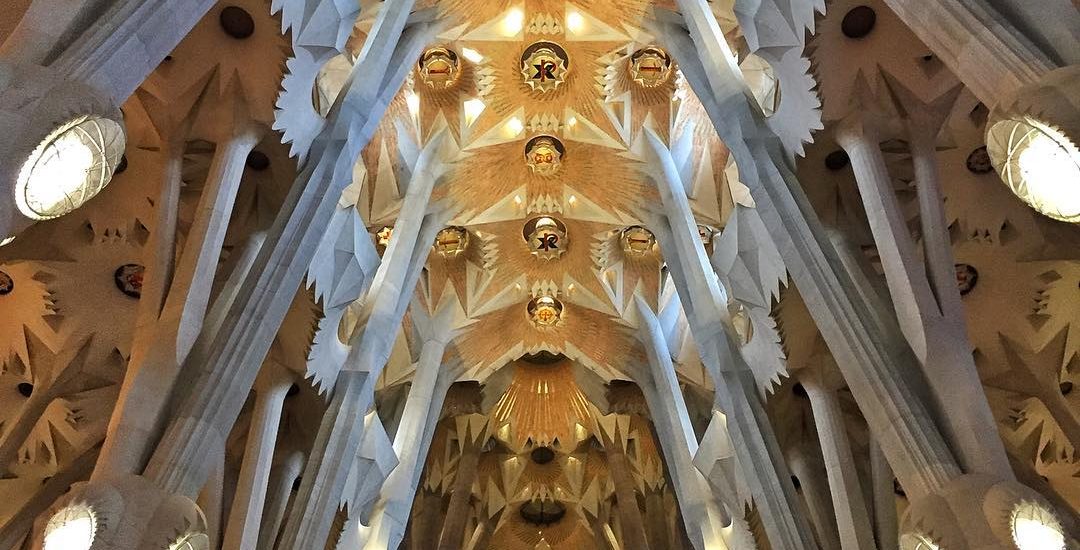 Barcelona is one of my favourite European cities and it has something for everyone. If you’re just a little interested in architecture, there are several places in the Catalan capital that you must not miss. Many of them bear the mark of the famous architect Antoni Gaudí and during one of our recent visits, we dedicated an entire day to the works of Gaudí. 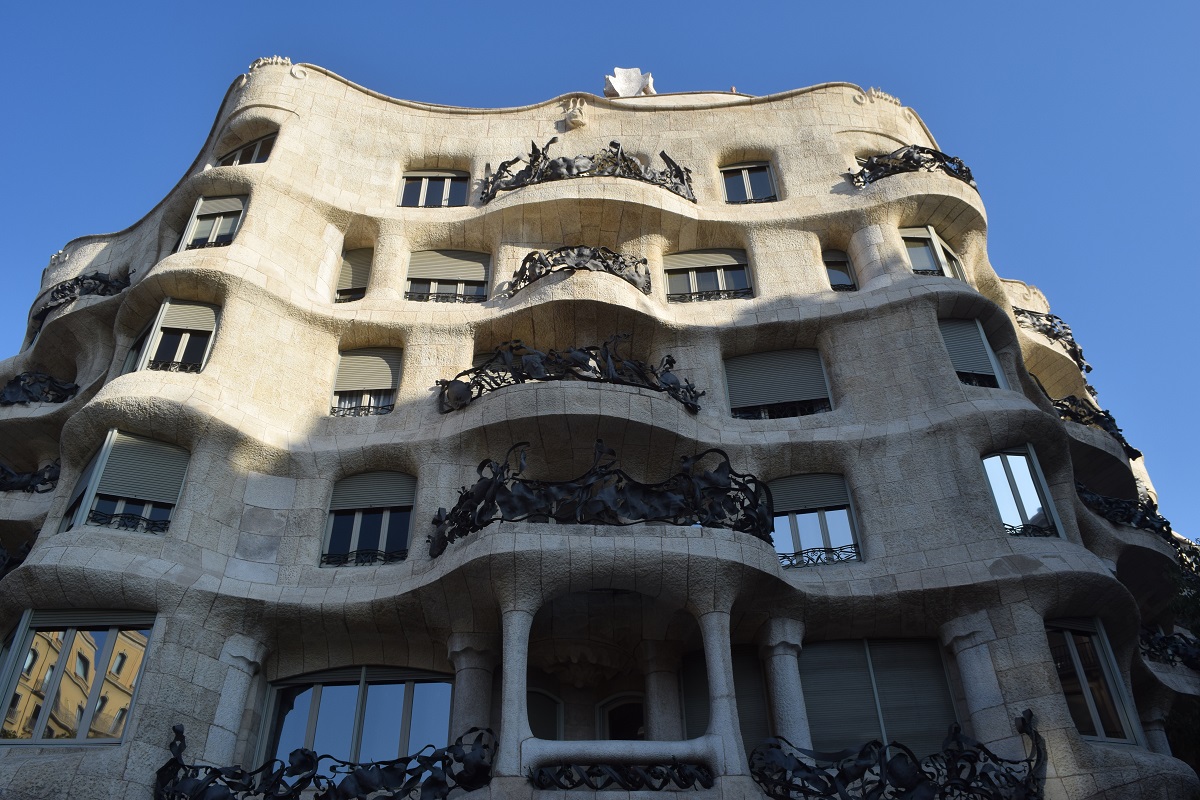 We stayed at Hotel Nextto on Carrer del Rosselló, which had a great central location. In fact, our room even had a patio facing Gaudí’s Casa Milà, also know as ‘La Pedrera’. So we started the day early with a visit to this fantastic building. Since it was early in the day, lines weren’t too bad and it’s always nice to get into these must-see places before they get too crowded. 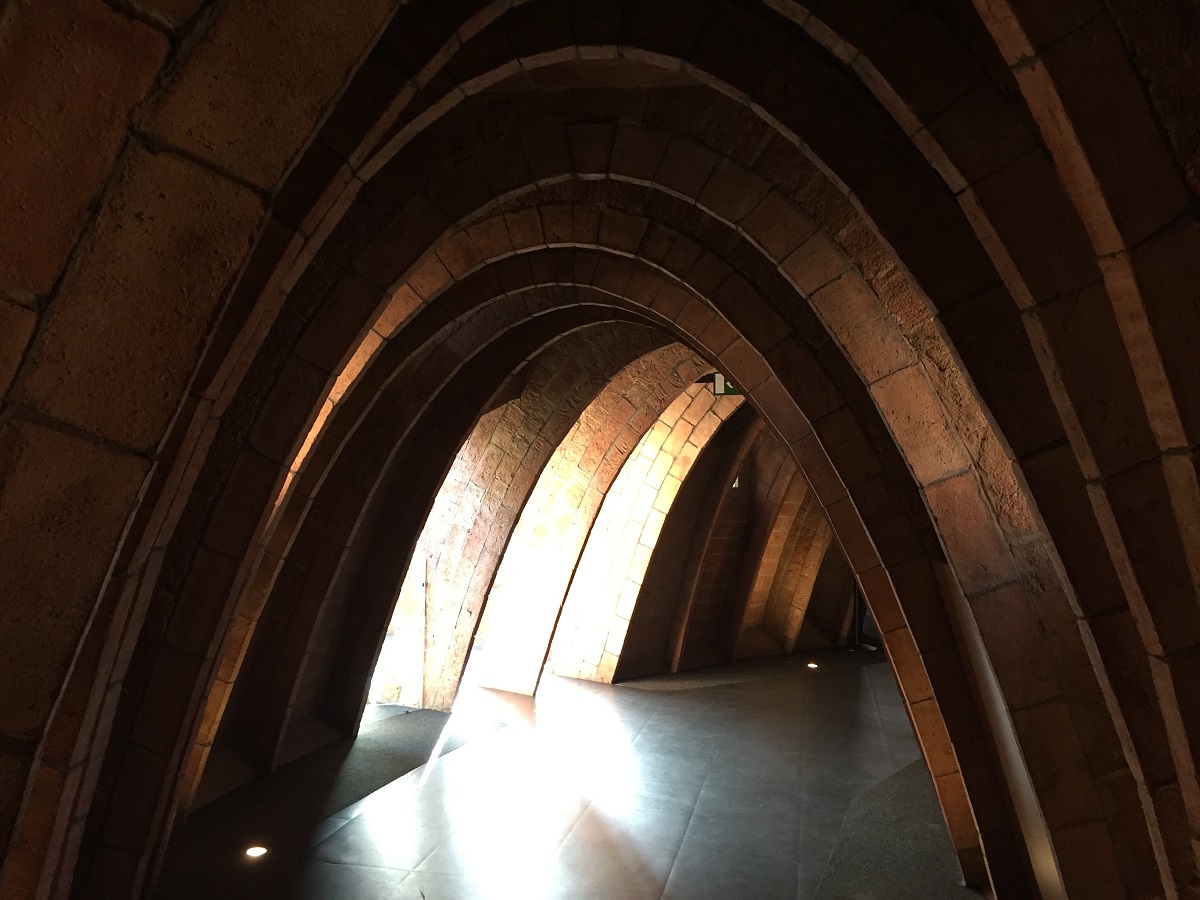 Inside there are two amazing courtyards, one when you enter the tour and one at the end of the tour. You continue up to the roof with the odd shaped chimneys and a great view of the city. You continue down to the beautiful attic (pictured above) and further down where some apartments have been saved as a museum. 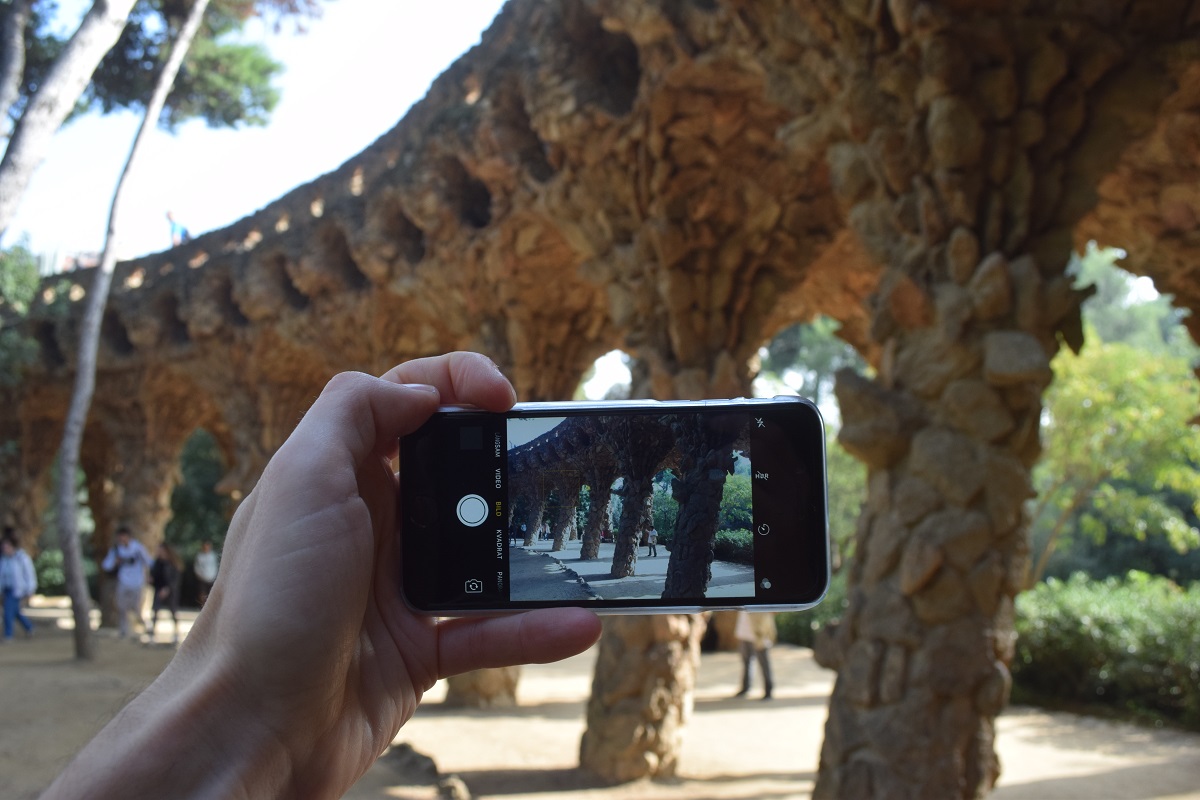 From La Pedrera we headed up to Park Güell, but a word of warning here. Upon arrival we found out that the central part of the park was sold out, not only on that day but also the day after. This part is called the Monumental Zone (main entrance, terrace, and the parts containing mosaics) and has only had an entrance fee since late 2013.

Now we didn’t worry too much about that because you can see a lot from the public spaces that don’t require a ticket. Also, we had an appointment later on in the afternoon, so we were in a bit of a hurry anyway. But if you are visiting Barcelona for the first time and really want to see the Monumental Zone up close, my advice is to book tickets well in advance. 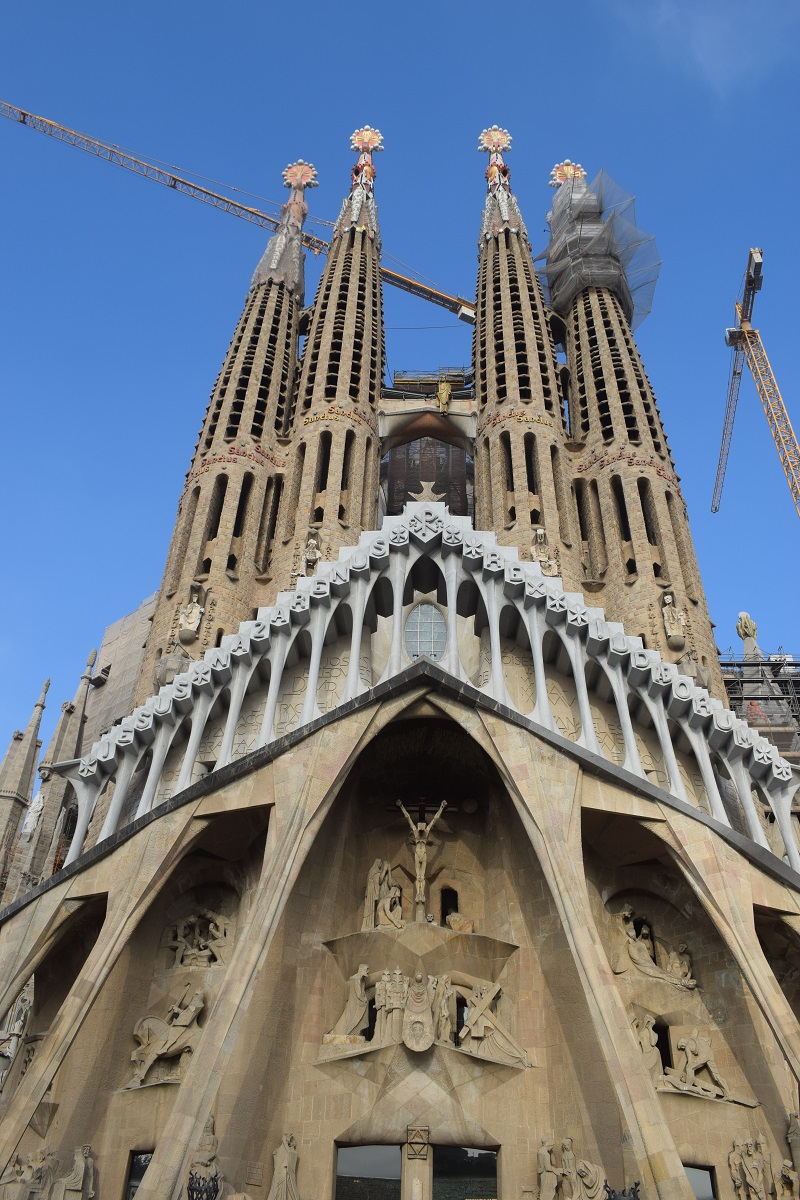 Sagrada Família, or as its full name is, The Basílica i Temple Expiatori de la Sagrada Família, is the most astonishing piece of architecture you will probably be able to see anywhere in the world. This masterpiece has been under construction for 134 years and it is still not completed. However, a steady flow of tourists have contributed to the financing of the project and it is estimated that the church will be completed in the next 10 years.

Since most tourists in Barcelona visit the church, it is strongly recommended to buy tickets online in advance. We bought tickets before our trip and we also added the tour up in one of the towers. When you do this you have to select a time for entry to the church and a time to enter the tower.

Anyway, you simply cannot visit Barcelona without seeing Sagrada Familia. And don’t just see it from the outside, you really must see the beautiful interior. 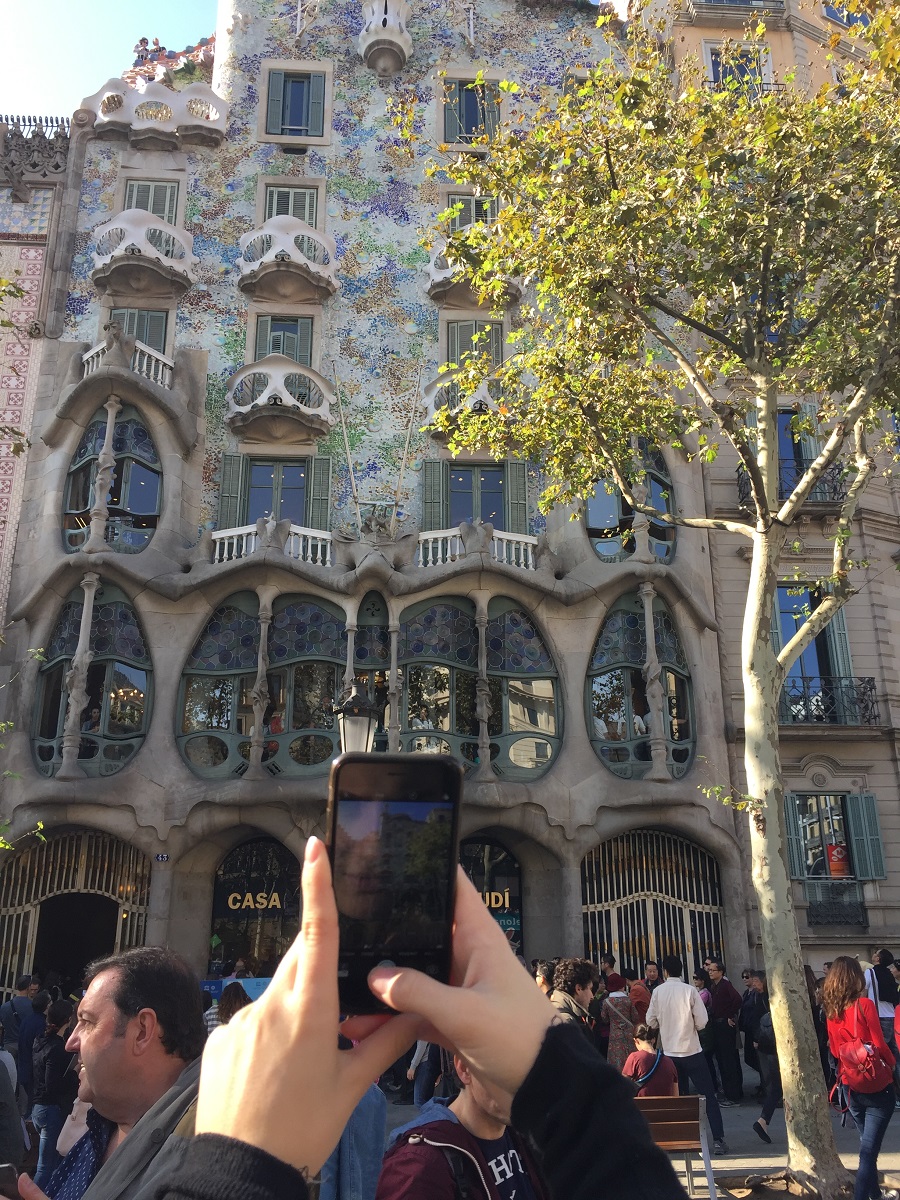 Another of Gaudi’s masterpieces is Casa Batlló on Passeig de Gràcia, the same street as La Pedrera. The building was actually not built from scratch by Gaudi. Instead he renovated an existing building. During our “Gaudi day”, we stopped by Casa Batlló but we didn’t go inside. That’ll have to wait until next time 😉

If you want to read more about the works of Gaudi, there are several pointers in the Wikipedia article.