A part of what makes travelling so rewarding is the chance to experience new places. I was lucky to be able to visit several new destinations in Europe and North America during 2017. I made one solo trip this year, to Manchester, and the other trips were with my family. Here are, in no particular order, some of our travel highlights in 2017.

In September we spent a weekend in Milan, Italy, during the Milan Fashion Week (that’s not the reason we went though). It is a great destination for a weekend trip or as the starting point for a road trip in Lombardy or Tuscany, for example. We loved it so much that we will actually return here next summer.

We had borrowed an apartement and spent 48 hours exploring the fashion capital of Italy. Apart from the food and the wine, which is always excellent in Italy, we especially liked the area around Navigli with its charming restaurants along the canals. It was also great fun to be able to walk on the roof of the magnificent cathedral, the Duomo. We bought tickets in advance and went there as early as possible in the morning when the lines were short and the roof wasn’t as crowded. Also, the sun was fairly low in the sky, meaning the temperature was very nice. 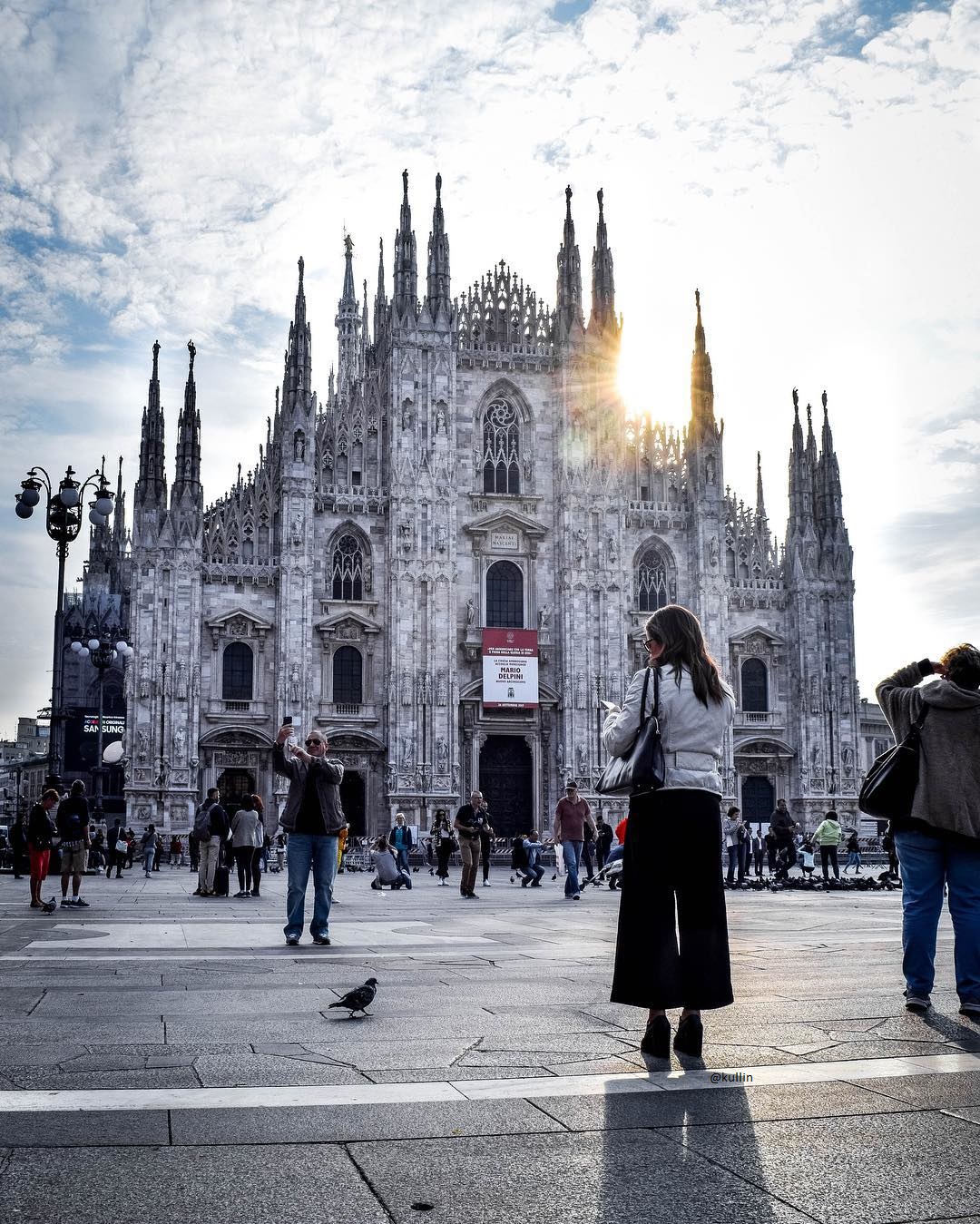 In June, we went on a three week road trip from Portland, Oregon down to San Francisco, California. Portland is a cool and vibrant hub for the hipster crowd, but it is probably the surrounding nature that is the most spectacular part of this destination. North of the city is the Columbia River and the Columbia River Gorge. If you drive east on the Historic Columbia River Highway until you reach Crown Point, you will find stunning views of the valley below.

A few more minutes to the east, you will reach the beautiful Multnomah Falls which is a two-tiered waterfall with a footbridge that allows  you to cross the falls midway. You can walk all the way up to the top of the upper falls. It will take some time and effort but the views are quite amazing once you get there. 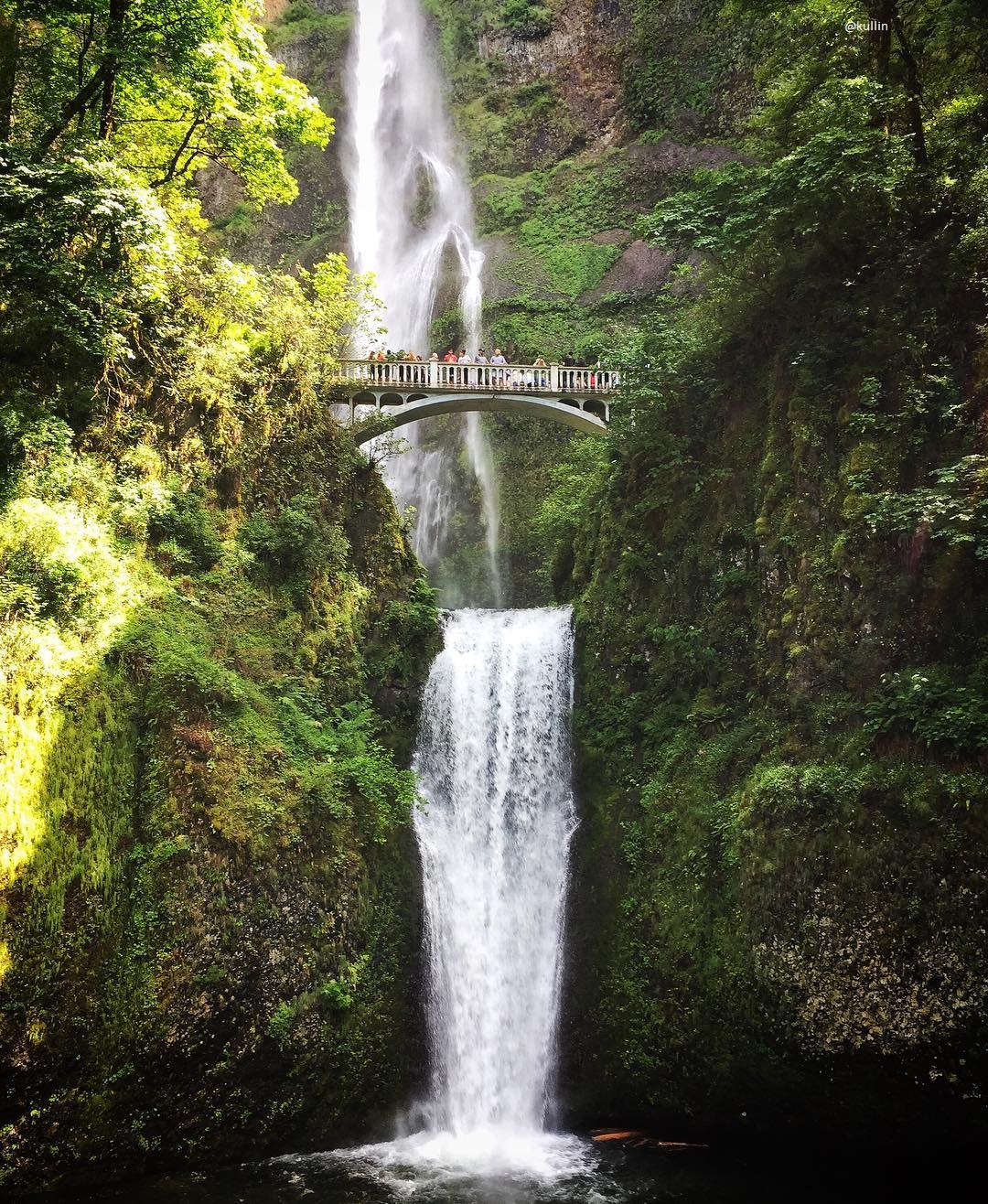 After exploring the area around Portland we spent a few days on the Oregon coast before we headed south and up into the Cascade mountians. Our goal for this excursion was Crater Lake, a huge blue lake that was created by a massive volcanic eruption a couple of thousand years ago. Crater Lake is the deepest lake in the US and it is characterized by the clear blue water. There are no rivers that flow into the lake, water is only added from recipitation in the form of snow and rain.

We visited at the end of June and still there was so much snow left on the top of the caldera that about half of the roads around the rim were closed. So although the weather was nice and warm, you could see areas with snow up to three meters high.

Crater Lake was a spectacular place to visit. Since it is located in somewhat remote parts of southern Oregon, we recommend that you stay two nights in the area so that you can dedicate one full day for the visit to the lake. 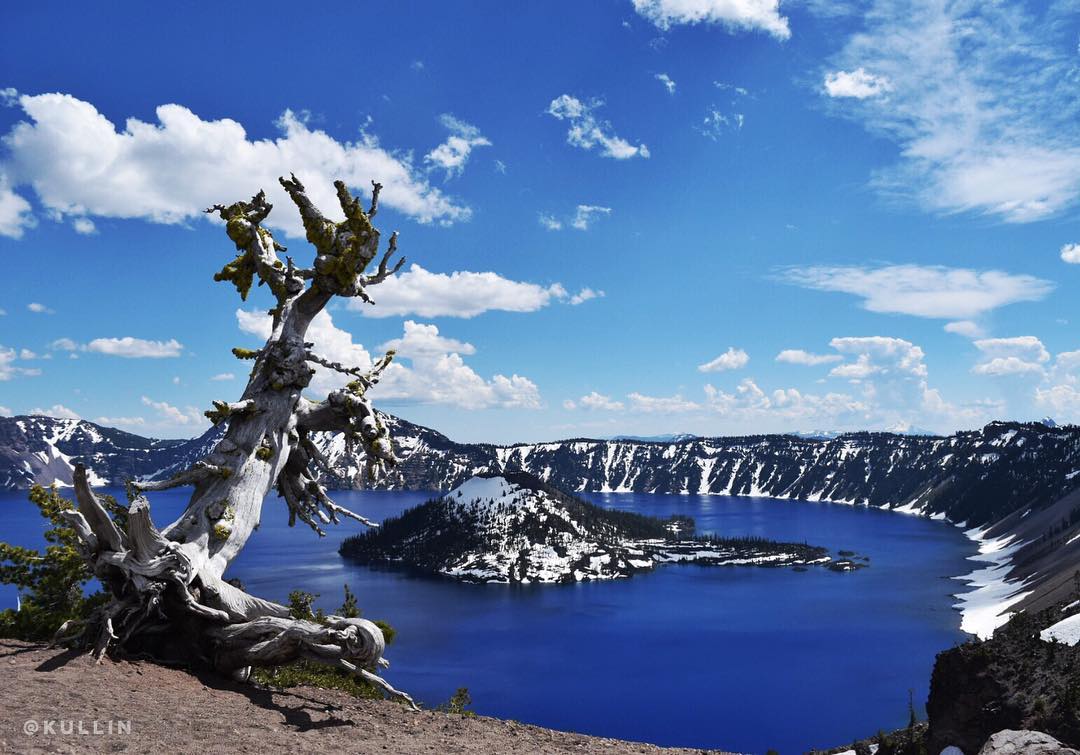 Another highlight of our US road trip was the hike in the redwood forests in northern California. We stayed two nights in Crescent City by the coast because of its proximity to the redwoods. The closest park is the imposing Jedediah Smith Redwoods State Park, the most northern of all the redwood parks that stretch up Northern California’s coast. Only a few miles from the ocean, the park is forested with huge ancient redwood trees.

Here is a short video from our hike along the Boy Scout Tree Trail.

I’ve been a fan of Manchester United for decades, but until this year I hade never seen the team play live. And since the Swedish striker Zlatan Ibrahimovic joined the club last season, I decided that this was a perfect time to go and see United play. I was lucky to get tickets to see Manchester United at Old Trafford for the return game against FC Rostov in the Europa League.

It was a night to remember, to finally see the Reds in the Theatre of Dreams, and on top of that with Sweden’s best footballer of all time, Zlatan Ibrahimovic on the pitch. And, they won the match, 1-0.