Open House Stockholm is part of the global Open House movement, where different cities show buildings and places that are not normally open to the public. The third edition of Open House Stockholm was held last weekend. A new item on the program this year was the opportunity to visit one of the two unique gasometers, Gasklockorna, on Norra Djurgården. 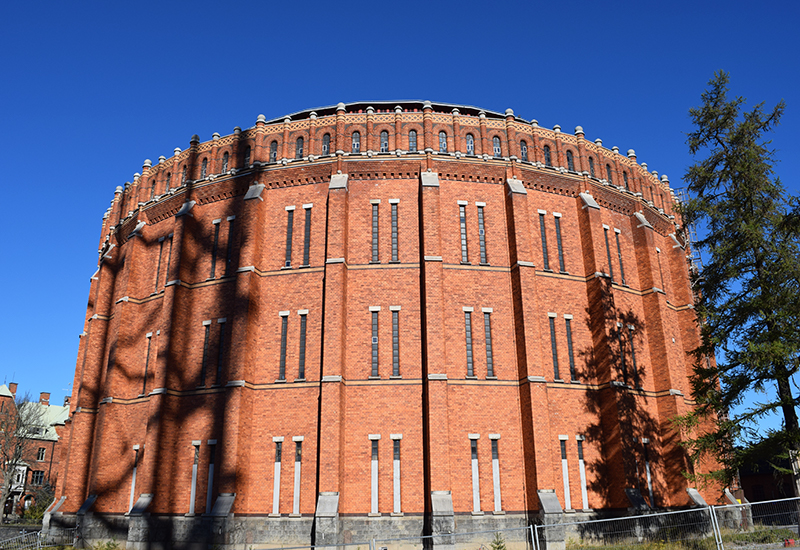 I have wanted to visit these amazing circular buildings for a while but have not been allowed to enter. Until just a few years ago, they were still active and have been closed for renovation since then, so very few people have been able to see it from the inside. Now I finally got the chance, although all the spots on the guided tours were taken on Saturday, so I joined on one of the tours on Sunday.

The old gasometers, one finished in 1893 and the other in 1900, were designed by architect Ferdinand Boberg and raised by British bricklayers, who probably were seen as the most skilled workers at the time. Their beautiful brick walls, were at the time considered quite a lavish exterior for a building of this purpose. They weren’t really necessary, but it was important to show that the city was at the forefront and able to create magnificent architecture. When prominent visitors came to Stockholm in the 1930s they went to see the impressive gasometers because this was what the future looked like.

They were taken out of operation in 2011 and are now being rebuilt into a design hotel and some sort of theatre or music venue.

The gasometers are part of a complicated system that has provided Stockholm with gas for over 100 years. The guided tour included several parts of this system, where different buildings had different functions, such as cleaning the gas or storing the coal from which the gas was made. In one of the old pump houses, some of the historic equipment has been saved, like this old pump, while the rest has had to give way for a new purpose – the building is being transformed into a climbing center. 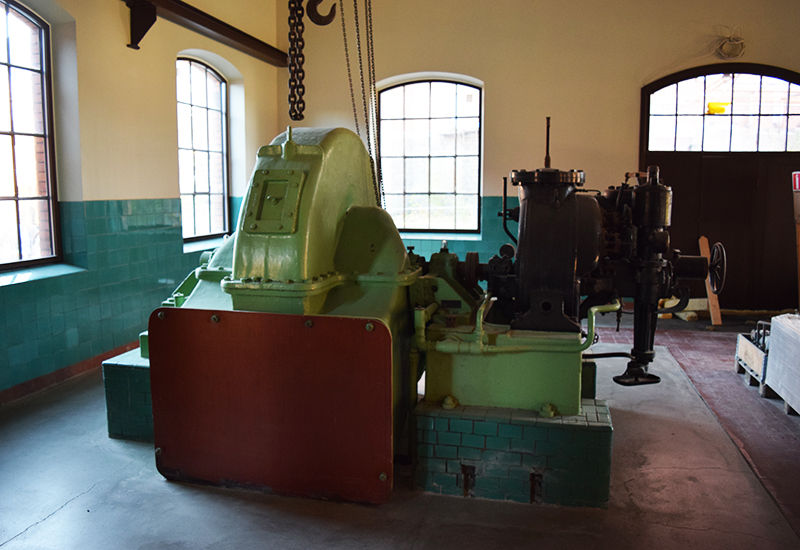 Another building is being rebuilt in order to house the tramway museum. 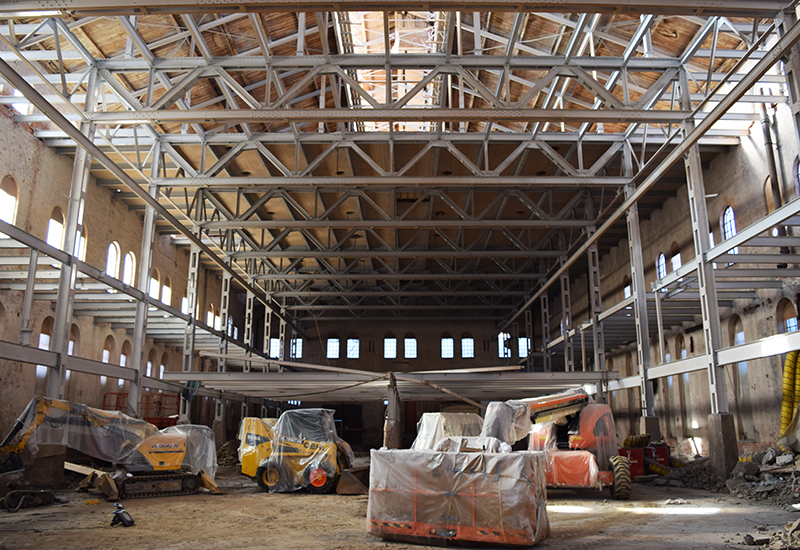 The visit inside the gasometer “Gasklocka R1” was a bit short, I would have liked to stay longer and take photos. It is an absolutely incredible building where the entire interior has now been removed. The building is massive in size and actually quite hard to photograph, both because of its size and because of the bright light from the windows. But I loved it, the domed ceiling is really impressive and it is of course a pity that the room will be turned into a hotel, hopefully the can preserve some of the open space inside.

I really hope that the second gasometer will become an incredible music/theatre venue. It has the potential to become a landmark venue, especially since the second building is significantly larger than the first, 65,000 cubic meters in volume compared to 38,000. 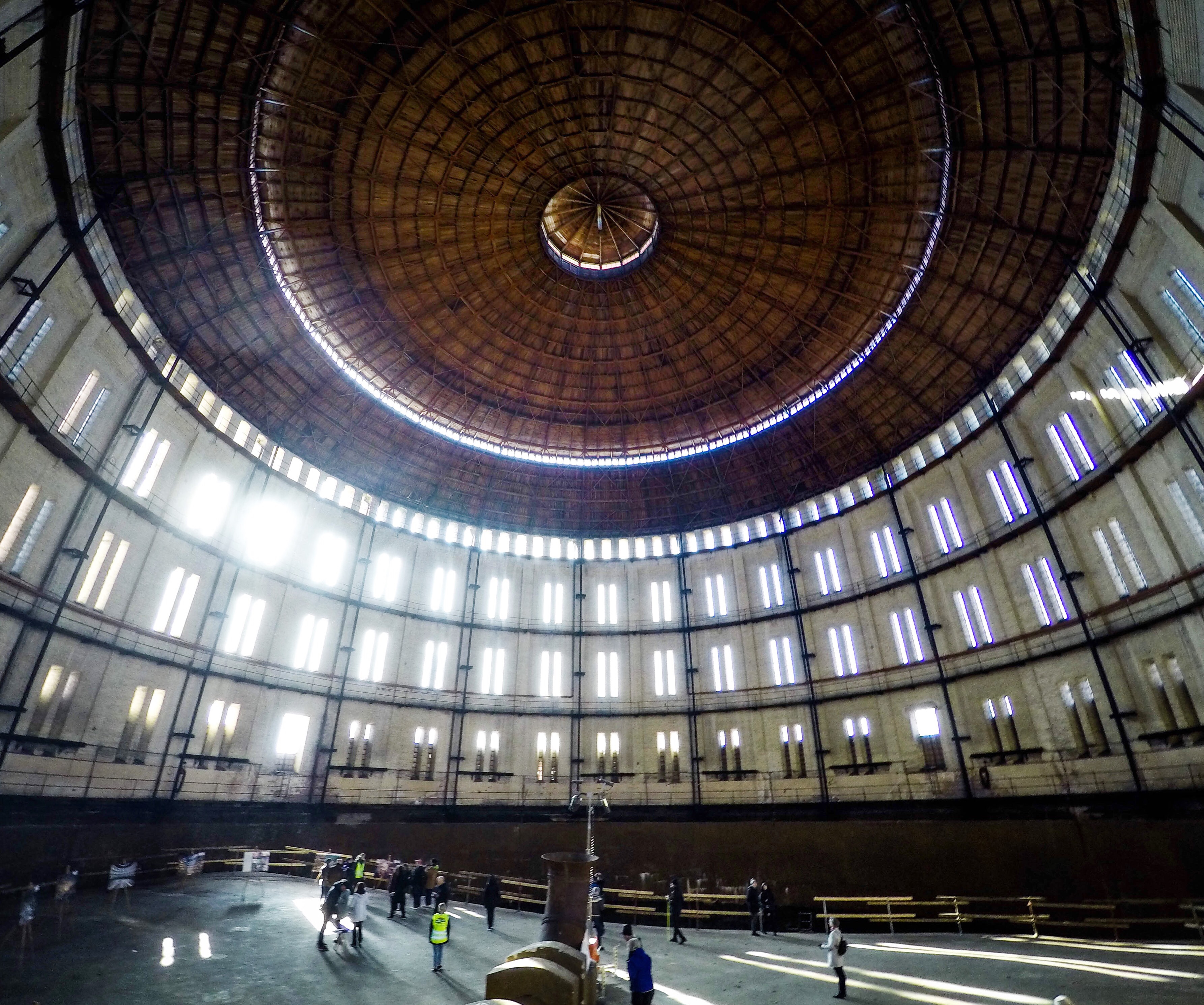 It is easy to be is impressed by the beautiful round ceiling and the crafts that lie behind the construction. 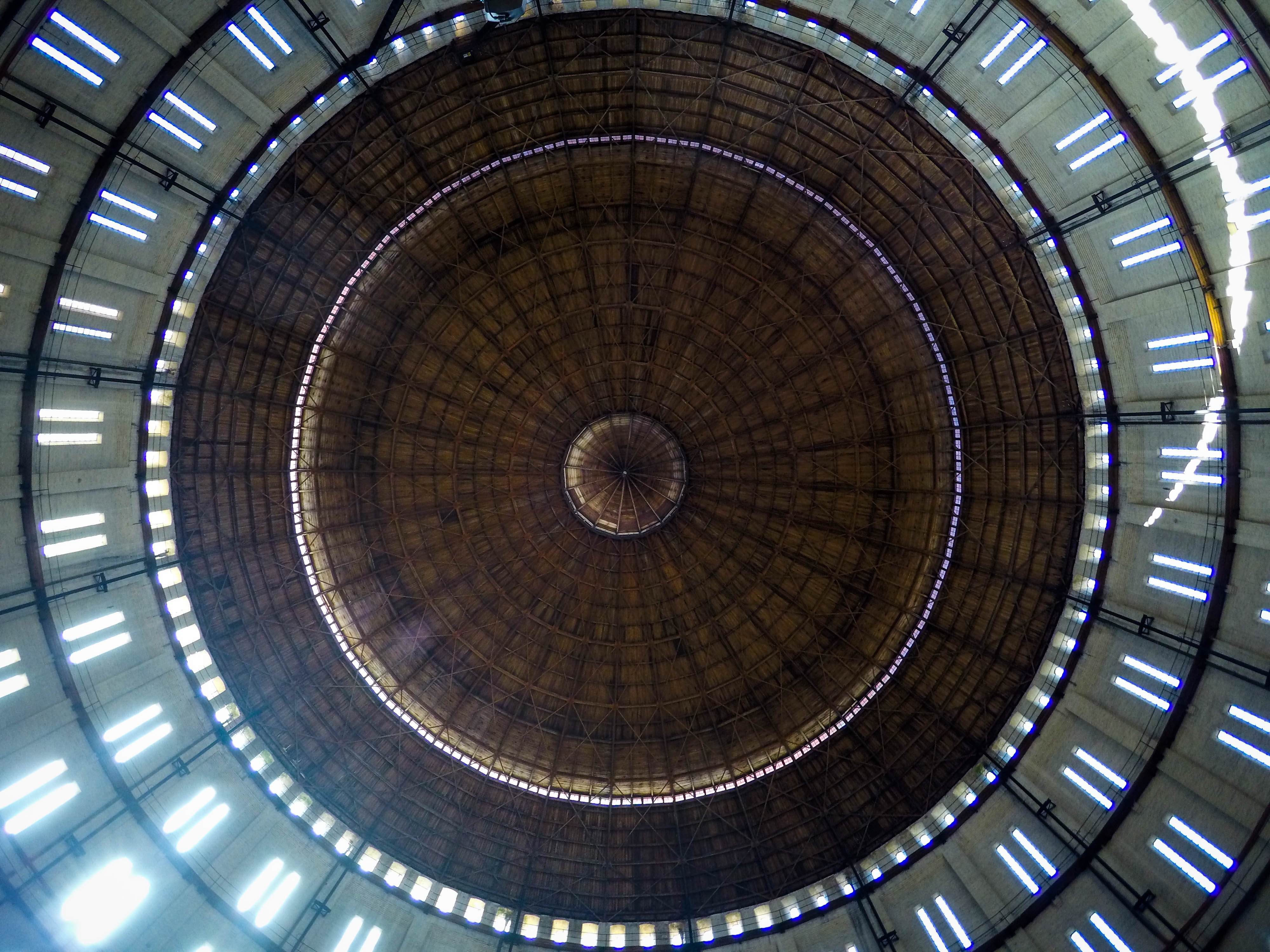 Other buildings at Open House Stockholm

Several of the other buildings that were open during the weekend were included in the program earlier years. Among them were, for example, Sweden’s first nuclear reactor at KTH and the new architectural school, also at KTH. 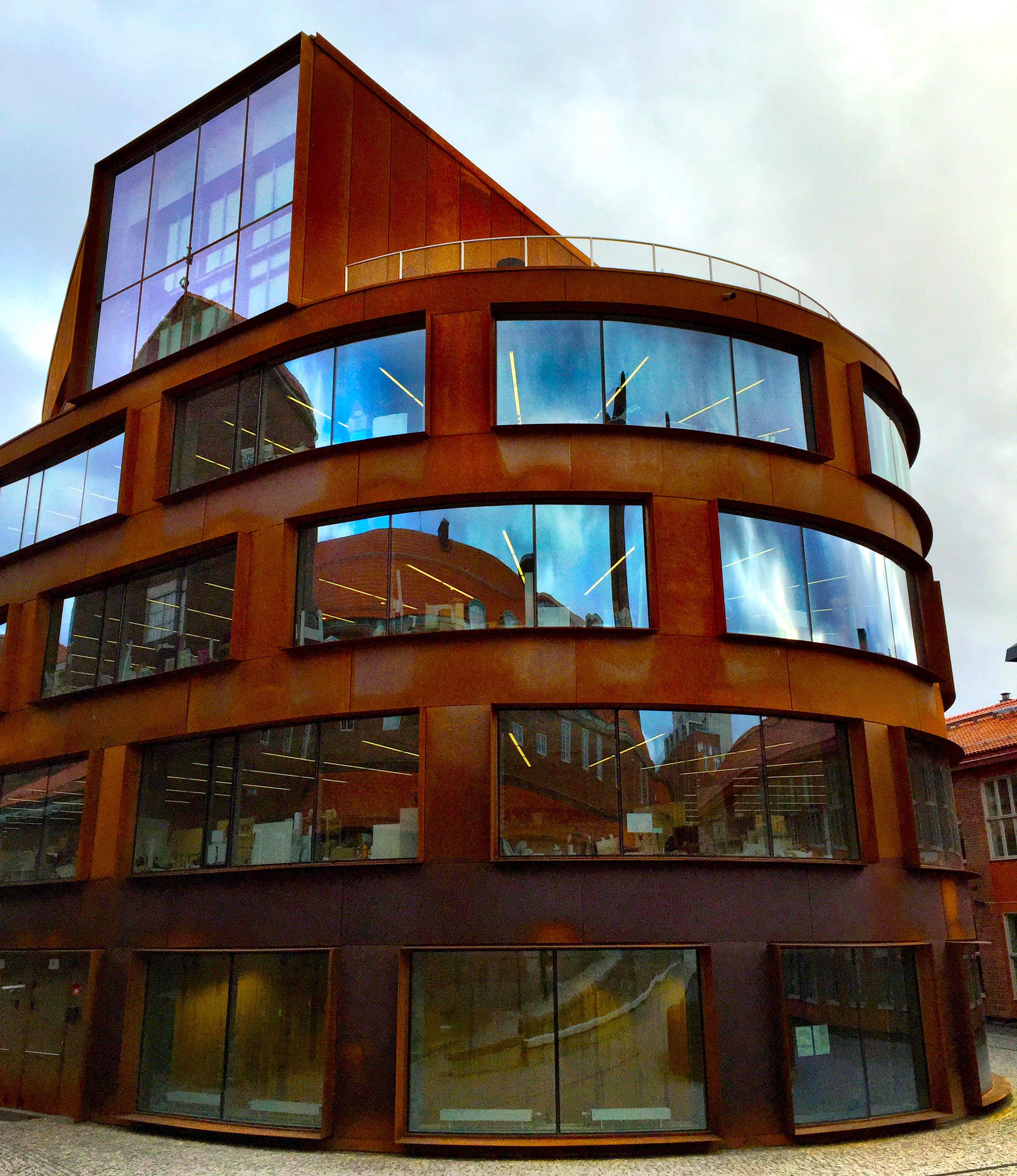